The categorization and mapping exercise was an opportunity for you to identify the conceptual maps you hold and perhaps take for granted. Just like the image exercise in Module 3.

Just to review and reiterate some of the ideas we have engaged so far. Conceptual maps are made of shared assumptions, cultural values and norms. Certain categories make sense to us because we share the meaning underlying them. Think of the categories you put together in the previous exercise and the discussion you had. The categories you put together are in a way part of your conceptual maps.
However, as we have seen so far, belonging in particular categories is not fixed, nor are the categories themselves. For example, historically men have been identified with work outside the home, and women with home making and childcare. 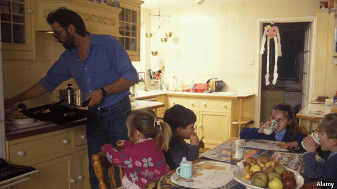 This photo, taken from an article featured in The Economist, “Who’s Your Daddy,” refers to a trend, in the US, for more men to become stay at home dads. Here the magazine is reporting on an emerging social reality in the US. At the same time, by showing these images and writing about the topic the story contributes to discussions about new trends in parenthood and meaning of manhood.  The example shows changing associations with parenthood.

Media also draws similar connections, that is, media rely on our shared and assumed conceptual maps in order to convey a message. In addition, media in powerful ways shapes our conceptual maps. By making only particular kinds of connections (categories, meanings) media, and we as audiences, reinforce particular meanings.

Below is a link to an article that parodies the many travelogue pieces that have been written by foreign visitors and journalists in Kosovo. As Hana Marku’s piece shows, much of this writing relies on stereotypes, generalizations, and little contextualization. The meanings attributed to Kosovo, in the articles Marku parodies, continue to reference conflict and war, inter-ethnic tensions, a working class guide, generalizations about peoples’ beliefs and cultural values, and an emphasis on rural-urban differences. The photographs, also, almost always contain one picture of a cultural heritage site, one picture of a local culinary specialty, and one of a group of people. Quite often these kinds of articles provide superficial accounts of a much more complex social reality.

However, as the example from The Economist shows, media can make new kinds of connections and affect our norms and values, thus being a powerful force in social change. The article shows how larger changes (mainly economic) make a previously rare practice (men being primary care givers) possible, and how these larger changes interact with social norms.

Media can also be used to promote certain issue, raise awareness and empower citizens. The following video is an example of a Prizren (Kosovo) based NGO, Ec Ma Ndryshe, providing an online platform (mahalla.info) for citizens to improve the living environment in their neighborhoods. This is an example of how social media are used to engage the audience. 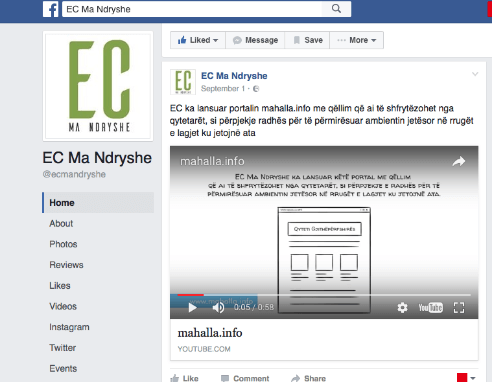 Think of audience, conceptual maps, and media as part of a process that is not linear, rather as a process where one shapes the other. 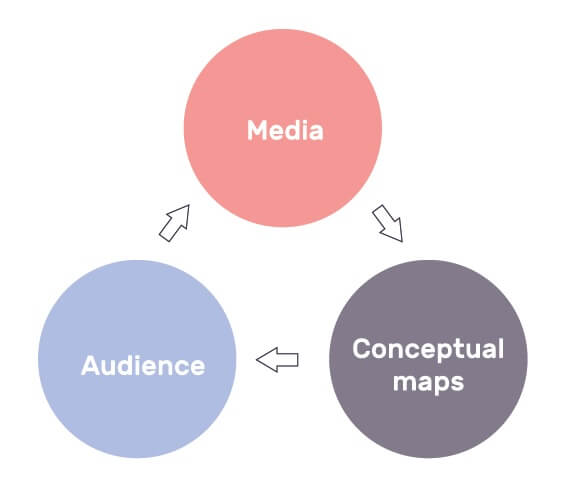